The Trainer of a League of Champions

The victory of the América de Cali team in the Women's Professional League was guided by a graduate of the Institute of Physical Education and Sports who has invested his sports knowledge in enhancing the leadership and tenacity of the team's players through their movements on the field. 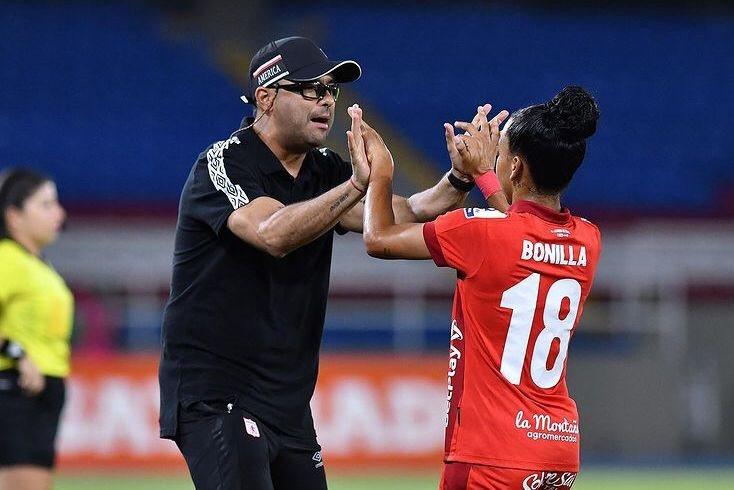 Andrés Usme Pineda has dedicated a good part of his career to leading América's women's team, which has obtained two victories under his management. Photo: América Femenino Communications.

The final of the Colombian Women's Professional Football League —Liga Femenina Betplay Dimayor— was the sports event in which the América de Cali team, Las Escarlatas, affirmed their excellence: with two goals out of three they overcame Deportivo Cali and won the trophy of the match. It is not the first time they win the competition. In 2019, they were champions and stood out because of the quality of their plays and strategies.

However, sports victories are much more than that. Behind these results is the name Andrés Usme Pineda, a coach who has worked for five years with this group, which he has led to four championships. In 2018, he started as an assistant and fitness coach; in 2019, he took over as coach. For him, leading and working in women's football has been an experience full of rigors and demands.

This title was special because it was the first league in which all the teams played —it had always been divided by sectors—, which increased participation, as was seen during the final at the Pascual Guerrero on June 5. "It is the first time we’ve had an attendance of 40,000 people at a women's football match. In this final, we filled the stadium; it is the eleventh largest attendance for a women's football league in a country where there is still a lot of machismo", stated the manager and physical education graduate from the university.

Women's football was born out of a Conmebol obligation on men's teams to support the formation of several women's teams, which meant a vote of confidence in women athletes and football players. However, the training of women has some particularities that cannot be left aside: Some, because they mark difficulties, and others, enormous advantages.

"Over the years, we have achieved a specialized training method for women. They have particular physiological conditions that are not only related to menstruation and strength but also to the size of their hips, which makes their knees go inward and can make them prone to injuries", he stated. 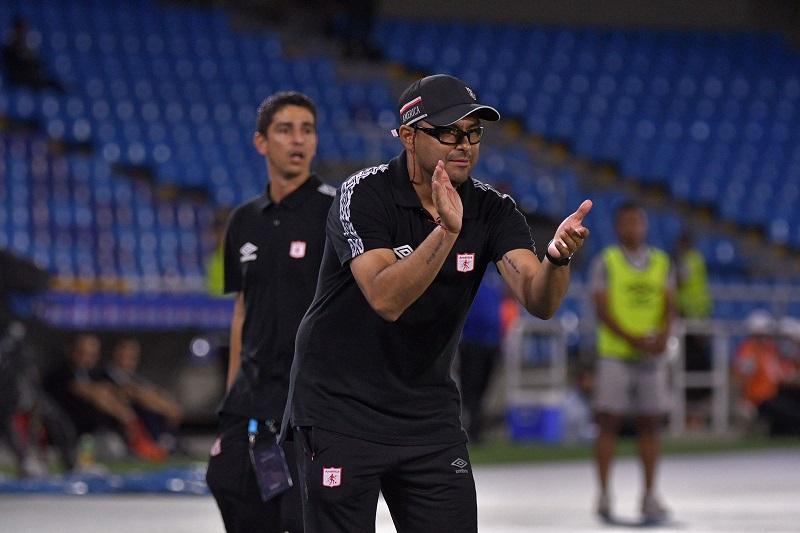 "One of the special conditions of working with women is that they are not conformists. When you show them a work plan, they constantly ask questions about what you propose; they do not like monotony, which forces us to be very creative when it comes to doing the exercises, and all this has been used as a key to winning the competitions", explained Usme Pineda.

He was born in Marinilla, a town where his father used to take him to play football when he was a child. He got a technical degree in carpentry and came to Medellin to work as a cabinetmaker. At that time, he decided to study physical education with his sister Catalina Usme Pineda, the goal scorer of América de Cali, at Universidad de Antioquia, which for both was the center of their professional development.

"With my brother, we have the mission of professionalizing women's football. It does not only involve earning a salary but also focusing on training and football as a way of life", Catalina emphasized. From her perspective, the team's commitment and relentless pursuit of becoming better and better are what has marked the success of this project of América de Cali.

The number of fans of women's football is evidence that it is an increasingly attractive sport, and people enjoy it. However, gender-related traditions work against it. "Parents find it better to enroll boys rather than girls in football schools. We have to encourage them to develop their motor skills since childhood, as they often come too late to sports —when they are eleven or twelve years old— because they lack family support", explained Andrés.

In fact, one of the main difficulties of this sport is that many companies do not get involved since it does not have a stable economic base, so the players are not available all the time. Maintaining a stable league all year round represents economic stability for the women, a proper training process and better performance.

"Women consume a lot of football, the stadium is always crowded. There are a lot of men but also a lot of women. They know the line-ups and the names of the players. However, there is a stigma of slow, poorly played women's football, but they have advanced tactical concepts now. The paradigm has changed a bit", Andrés Usme Pineda.