Other Ways to Explore the Territory

With the apogee of sustainable tourism, new ways of interacting with the natural and cultural environment of destinations have arrived. At Universidad de Antioquia, various research groups have academic and life experiences that promote an approach to the territories for all audiences. 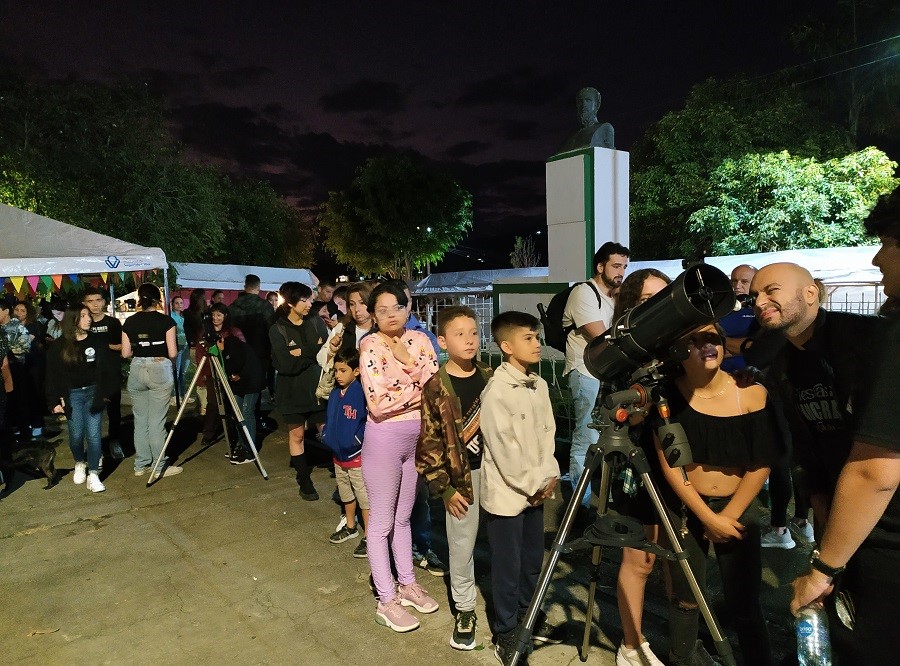 Taking advantage of the low light pollution in the municipalities outside the metropolitan area, this project has provided an opportunity for the inhabitants of the regions to observe the sky through telescopes. Courtesy: Antioquia Looks at Its Sky.

There are as many types of tourists as there are ways of looking at tourism. The truth is that both have diversified as much as the concept of travel itself. This type of activity no longer alludes only to recreation or the use of free time, but, in many cases, implies a recognition of a territory and its inhabitants.

The World Tourism Organization defines travel as the series of activities undertaken away from one's residence for relaxation or leisure.

"However, this concept has evolved from multiple conceptions and today we have more specialized tourism, such as nature, health, and business tourism, which have led to a call to increase the environmental and social responsibility of companies", said Arnubio Roldán Echeverri. He an is anthropologist, sustainable tourism consultant and professor at the Environmental Academic Corporation, an Universidad de Antioquia entity dedicated to developing research, teaching and outreach programs in this area.

From his perspective, tourists have been burdened with a responsibility based on how people view their territories because of the negative impacts of tourism. The growing criticism of traditional tourism should influence the establishment of the territories’ protocols and mechanisms so that travelers do not breach well-being and preservation conditions.

"The conquests or healthy practices should be recognized of this ecological or sustainable tourism that emerged as a response to the ruthless way in which many traveled around the world. These new formats provided tools to recognize the history of a territory and the dynamics of its inhabitants to generate a win-win situation for the local and the foreigner", said Roldán Echeverri.

Universidad de Antioquia has developed or supported experiences related to the recognition of territories and the approach to their cultural and natural heritage in different regions. These have been driven by hikers or travelers inspired by the idea of conservation and sustainability. In many cases, they have served to protect species or reveal unsuspected natural treasures.

With the support of the Regionalization Office, the Alma Mater newspaper chose some academic and tourism experiences promoted by UdeA research groups in the regions. They are publicly accessible by contacting each group. Below are some of the activities you can schedule:

Each of these sections will be accompanied by a photograph as if it were an album of tourism experiences of UdeA research groups in territories.

In Search of the "Montañerito Paisa". 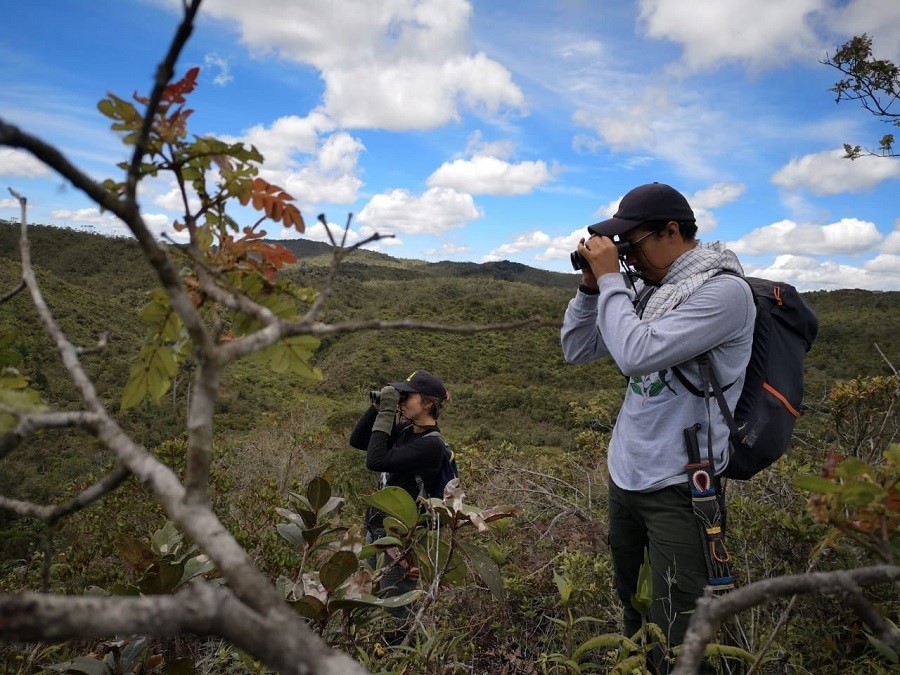 In the footsteps of the Antioquia brushfinch in the Yarumal area. Courtesy: Proyecto Ecología y Conservación del Gorrión-Montés Paisa (Atlapetes).

In some biological corridors of the municipalities of Yarumal and Santa Rosa, in northern Antioquia, an interdisciplinary group led by Universidad de Antioquia biologists has been searching for a bird that was thought to be extinct. It is the Atlapetes blancae, better known as the Antioquia brushfinch or montañerito paisa. The search for this bird has resulted in the creation of the project Atlapetes, Ecology and Conservation of the Antioquia Brushfinch. It is coordinated by Sergio Chaparro Herrera, researcher of the Ecology and Evolution of Vertebrates Group, attached to the Faculty of Exact and Natural Sciences. During walks, they have discovered particularities of other bird species. 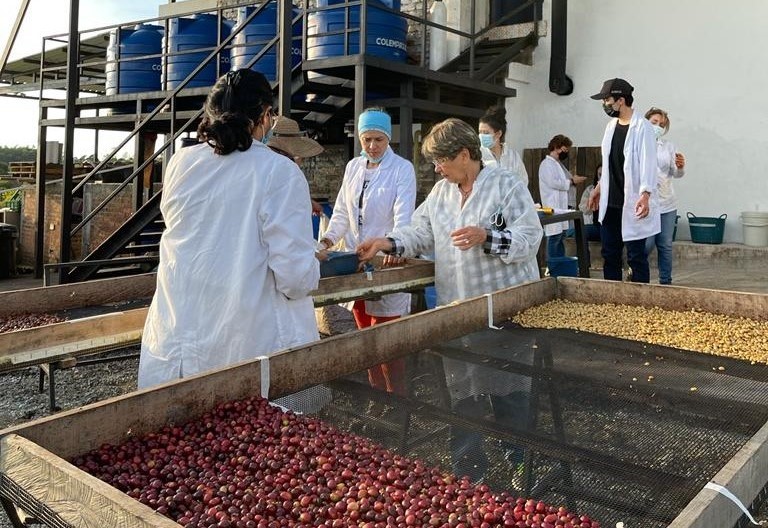 Coffee, an experience for the five senses. Courtesy of Seneida Lopera Cardona.

The experience Ruta del Café Saber y Sabor, Inmersión en el Café de Colombia (Saber y Sabor Coffee Route, Immersion in Colombian Coffee) was designed as part of the new Specialization in Coffee. This is a program developed in the Southwest Branch and focused on understanding coffee in its entirety. The Coffee Route experience is an academic, cultural and tourist proposal led by Universidad de Antioquia. It includes visits to producers, tours through crops and coffee tastings. Although this initiative was born from an alliance with the Colombian Embassy in Norway and is meant to show foreigners what is behind coffee production in the department, it is open to all types of audiences.

Antioquia Looks at Its Sky 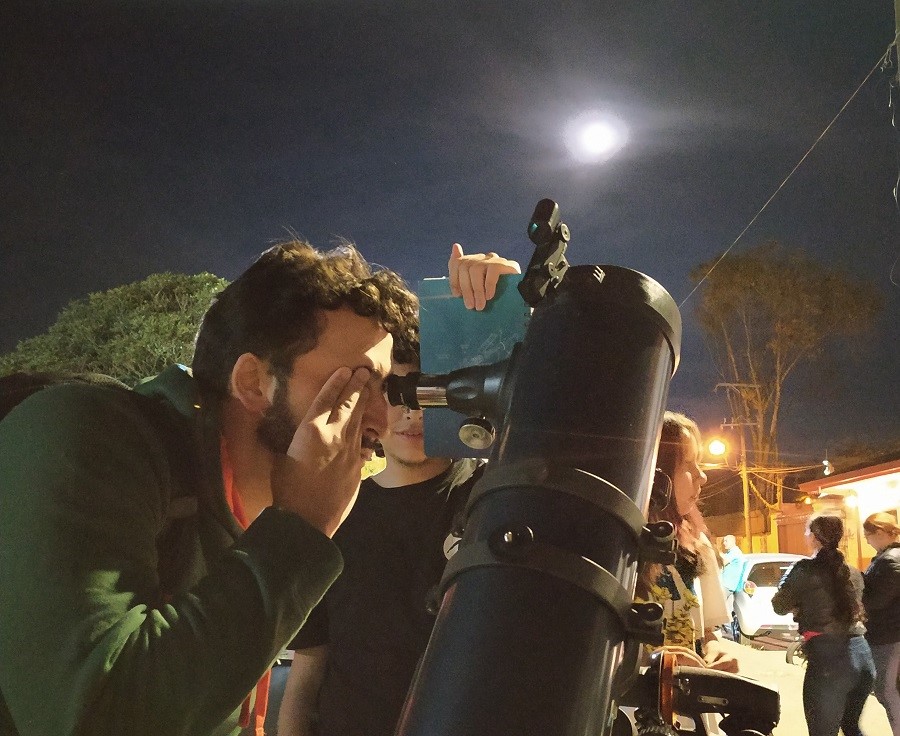 The Sky and Atmosphere Monitoring Network project (MONICA Network), attached to the Regionalization Office and the Faculty of Exact and Natural Sciences, installed equipment in all branches and campuses for groups of amateur sky watchers. The idea is to take advantage of clear skies and low light pollution. The experiences in Bajo Cauca, Norte, Sonsón, Magdalena Medio and Oriente stand out. Today, atmospheric monitoring cameras operate in these regions under the program Antioquia Mira su Cielo (Antioquia Looks at Its Sky). Six astronomy clubs are currently operating in the municipalities of Amalfi, Caucasia, El Carmen de Viboral, Puerto Berrío, Sonsón and Yarumal. They are made up of students, employees and professors who climb mountains or hike across plains in search of clear skies that allow them to observe the passage of celestial bodies.

Get to know the experiences 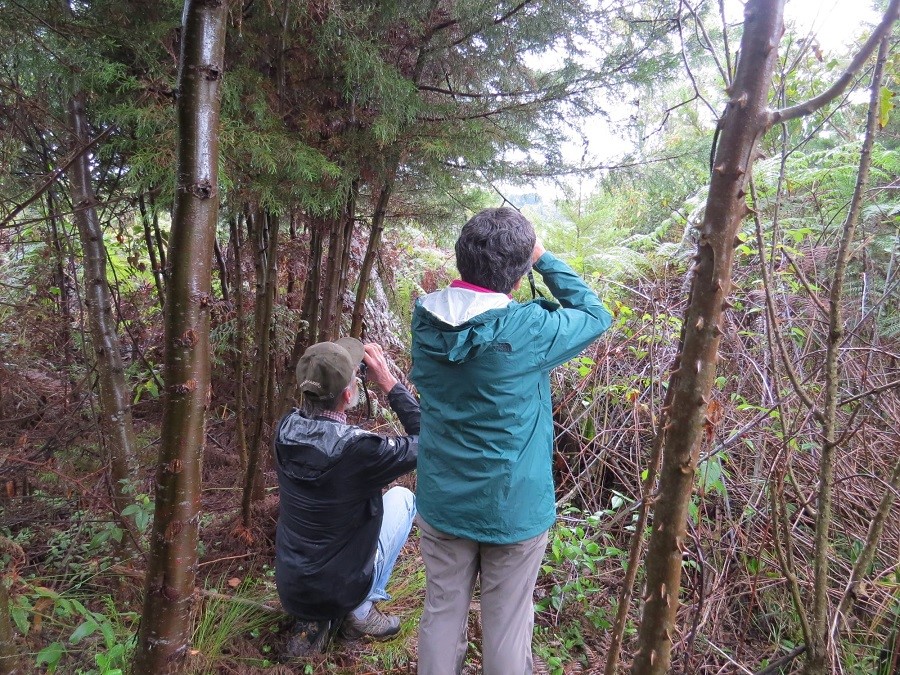 Colombia is the country with the greatest diversity of birds in the world. About 20% of the known species fly over this territory. This has aroused the interest of many researchers who see in birdwatching a possibility of study, aesthetic delight and investment of free time. Considering all this, and for the sake of valuing environmental wealth, the Regionalization Office has deployed several birdwatching talent promotion courses to foster ecotourism strategies in the territories. Students from the municipalities of Andes, Caucasia, Medellín and Támesis have taken trips to the Tapartó area with the support of the local mayors' offices as part of this course.

The Whale Song as a Guide 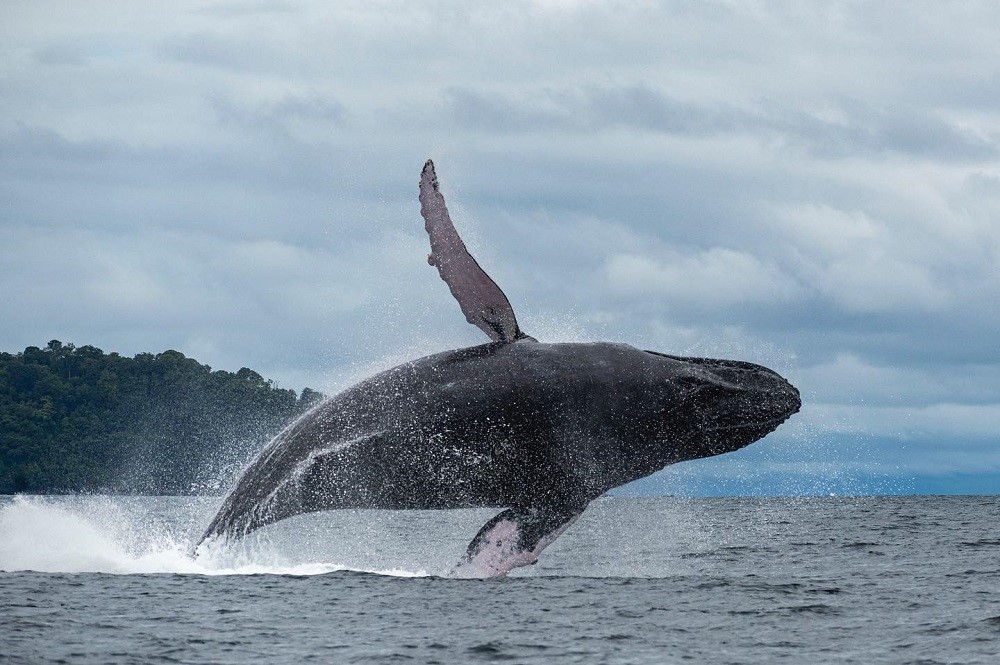 Whales arrive on the Pacific coast to give birth to their calves. Courtesy: Esteban Duque Mesa.

The coasts of Bahía Solano and Tribugá, in Chocó, are "nurseries" for more than 3,000 whales that arrive every six months to give birth to their young. Thus, this region becomes an amalgam of sounds that have been collected and studied by Esteban Duque Mesa, a biologist and researcher at the Faculty of Exact and Natural Sciences. Through his Madre Agua project, he has implemented an ecotourism strategy for whale watching in which those who arrive at the site are required to bare their ears to understand the acoustics of the aquatic mammals that pass through the place.