Native and Creole Seeds, a Guarantee for the Future

Many of the foods we consume are imported or come from crops whose seeds are treated in laboratories and require agrochemicals to ensure high production over local varieties. UdeA is working on several initiatives that seek to preserve and propagate these species. 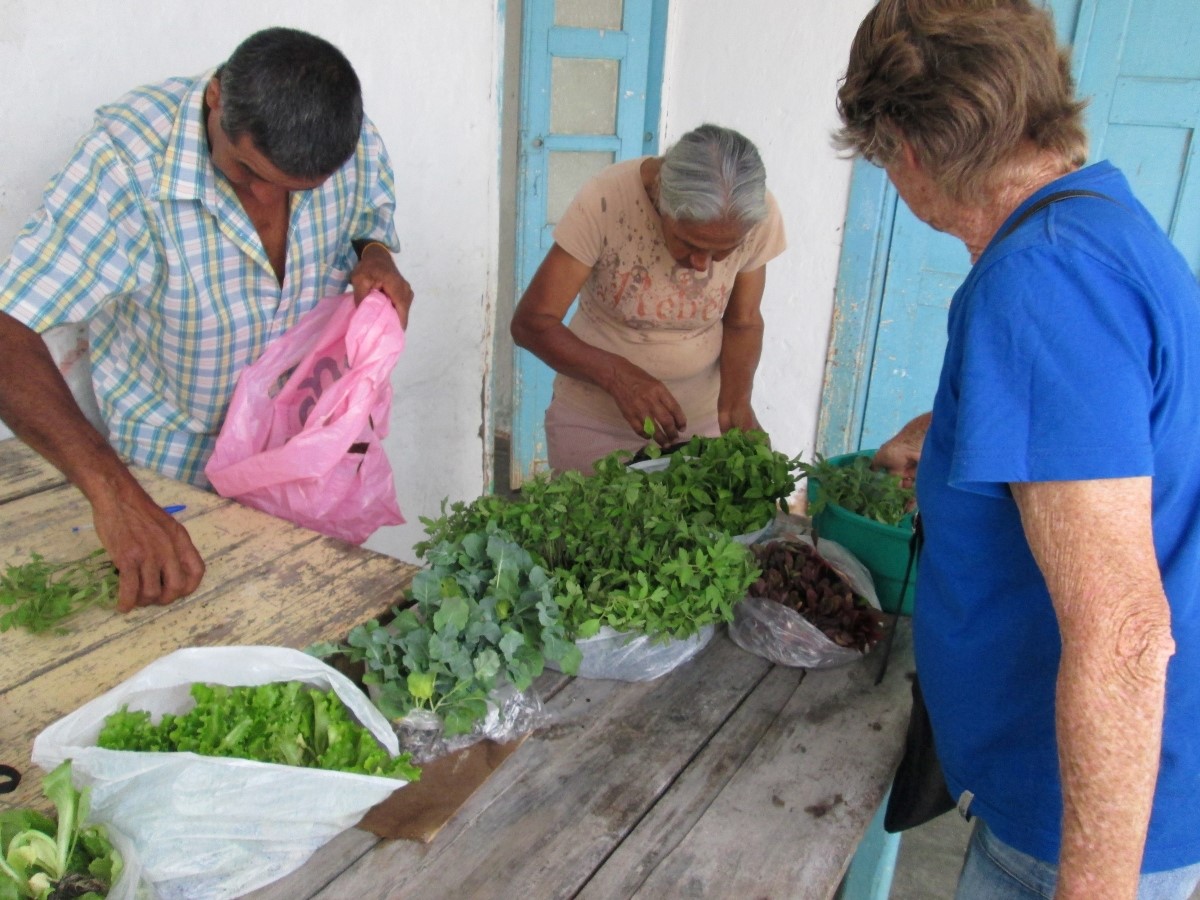 Farmer agro-family gardens contribute to the preservation of native and creole seeds and are an important step towards food security and sovereignty. Photo courtesy: Tito Machado, Corporación Académica Ambiental.

For decades, petaco, güífaro or amarillo were on the tables of thousands of farmer families and in some urban centers in northwestern Colombia. These varieties of beans (the first two) and corn (the third) were replaced by others and looked down on by large agricultural producers, who promoted monocultures of higher productivity with genetically modified seeds.

Today, when the need to reinforce food sovereignty and security is becoming more evident in the world, attention has been drawn once again from different parts of the world to the importance of these and other varieties of food, aromatic and medicinal plants, as well as the need to work for their preservation.

Professors from Universidad de Antioquia have gone from just wondering about these plants to conducting research and fieldwork in various regions of the department in the company of farmer families and different entities. The results allow them to be moderately optimistic about these projects.

Tito Antonio Machado Cartagena is a retired professor and advisor to UdeA’s Environmental Academic Corporation, where he leads environmental processes, such as the construction of sustainable farmer agro-family gardens, an initiative aimed at improving the food security of women heads of household, initially, and then of rural communities.

"The purpose of these gardens is also to maintain the farmer's traditional knowledge of cultivation and cooking and to help recover the bank of native and creole seeds that is being lost because, in the country, they have decreased by 65 or 70%. That is why we seek to cultivate seeds that are native to the areas, adapted to regional contexts and environments", said the academic.

Samples of this work can be seen today in municipalities in the Southwest, such as Andes, Hispania, Salgar, Ciudad Bolívar; or in the East, such as El Carmen de Viboral. "In our projects, we work in small plots to provide the families' food supply. Among the native seeds, we have native corn and beans. The petaco bean, for example, was one of the most common in Antioquia. It was resistant to many pests, grows in any abandoned piece of land and has a very high nutritional value. Some environmental corporations have been recovering some of it, but little is available in marketplaces and towns", noted Professor Machado.

These farms also grow yucca, carrots, arracacha, tomatoes, cabbage, bell peppers, garlic, and fruit trees, among other species that were traditional in family yards, but have lost their native and creole characteristics, and some of them are now brought from other countries or departments. Aromatic and medicinal plants are also found in these projects. They are grown for their allopathic characteristics, that is, for their properties as biopesticides and bioherbicides.

These gardens, Machado explained, help to facilitate the transition from monocultures to polycultures, which helps to increase the diversity of species in a given area, not only of plants but also of animals. At the same time, varied production throughout the year, pest control and production of supplies, among other advantages, are ensured. 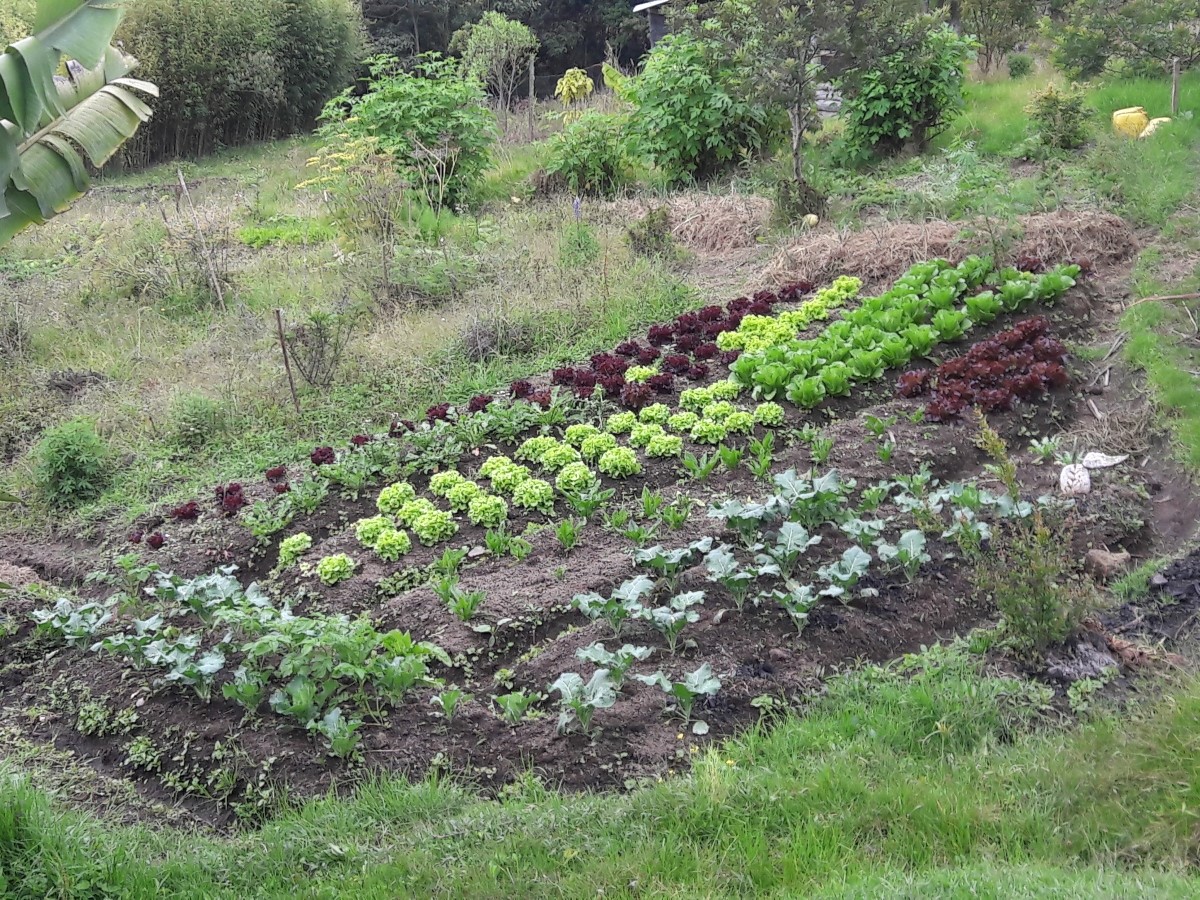 The cultivation of native and creole species also contributes to the diversity of species, not only plant but also animal species. Photo courtesy: Tito Machado, Corporación Académica Ambiental.

From the Center for Agrobiotechnological Development of Innovation and Territorial Integration -Cedait- of the UdeA there are other approaches to the preservation of native species, both forestry and of interest for food security and sovereignty.

Together with the Corporación Autónoma Regional del Centro de Antioquia -Corantioquia-, Cedait participates in a reforestation project with 105 species of native trees, which are cultivated in nurseries in the township of Santa Elena, Medellín, and in the municipality of Hispania, aimed at preserving the cold humid forest and the tropical dry forest, through the delivery of plant material for their propagation and multiplication.

Another project that CEDAIT is carrying out with Corantioquia and the Mayor's Office of Peque is the recovery of native species, especially beans, in that western municipality and its surroundings, where until about 15 years ago, some 40 species of this grain were cultivated. Very few remain today, especially because of the lack of "seed custodians", that is, families dedicated to cultivating these varieties.

Diana Marcela Vanegas, CEDAIT’s director of Quality and Health, stressed that "these are native varieties of the area. They are reproductive, resistant to pests and diseases, have very good nutritional characteristics and are not highly dependent on agrochemicals for their development, as happens with many of the species that the market has imposed. Therefore, in this project, we are trying to recover about 20 varieties of beans.

For this purpose, we plan to set up an in vivo germplasm bank, that is, a kind of nursery where the varieties of interest for reproduction can be propagated while simultaneously working on the formation of a network of seed custodians so that they can contribute to the preservation of the species. The objective is to make this region, western Antioquia, a reference in bean production again and to commercialize beans in the country and abroad.

Not all efforts to support the recovery of native or creole seeds by Universidad de Antioquia researchers are made in rural areas. The Faculty of Communications and Philology’s Communication, Journalism and Society Research Group works with organizations in Medellín. Professor Paula Andrea Restrepo Hoyos, who belongs to this group, is working on a project with the Medellin Network of Orchard Growers, an organization that promotes conscious and affordable food for all, especially for the most vulnerable populations.

"The idea is to consume products that are local or acquired close by and do not require much fuel so as not to generate a large carbon footprint. You can find them, but the seeds are not so sustainable. Sustainable gastronomy is not sustainable only because local products are consumed. We have to go beyond the product and think about the seed from which this product grows. Can it be reproduced in our earth, or will we have to go and buy it every time the product is harvested? Is it adapted to the climatic or soil conditions where it is planted?", said the professor.

All these initiatives have important bases within the university and the communities where they are promoted, but they are projects that still need to grow more if we want to preserve our species and guarantee food security and sovereignty.

Native seeds: seeds of plant species native to a given area

Creole seeds: seeds of plant species that have adapted over time to land different from their original territories, generally because of continuous use by farmers

Food security: guaranteeing physical and economic access to safe and nutritious food for the entire population of a given territory

Food sovereignty: protecting national agricultural production and markets through the nation’s own, non-imposed rules, and policies suited to its ecological, social and cultural conditions