The Long Road to Fuel Switching

The search for fuels for land transport with zero carbon footprint or zero impact on the environment is a task that several research groups at the university are carrying out. Two group leaders highlight the projects that are being advanced and point out that we are in a transition phase, in which we must be very careful. 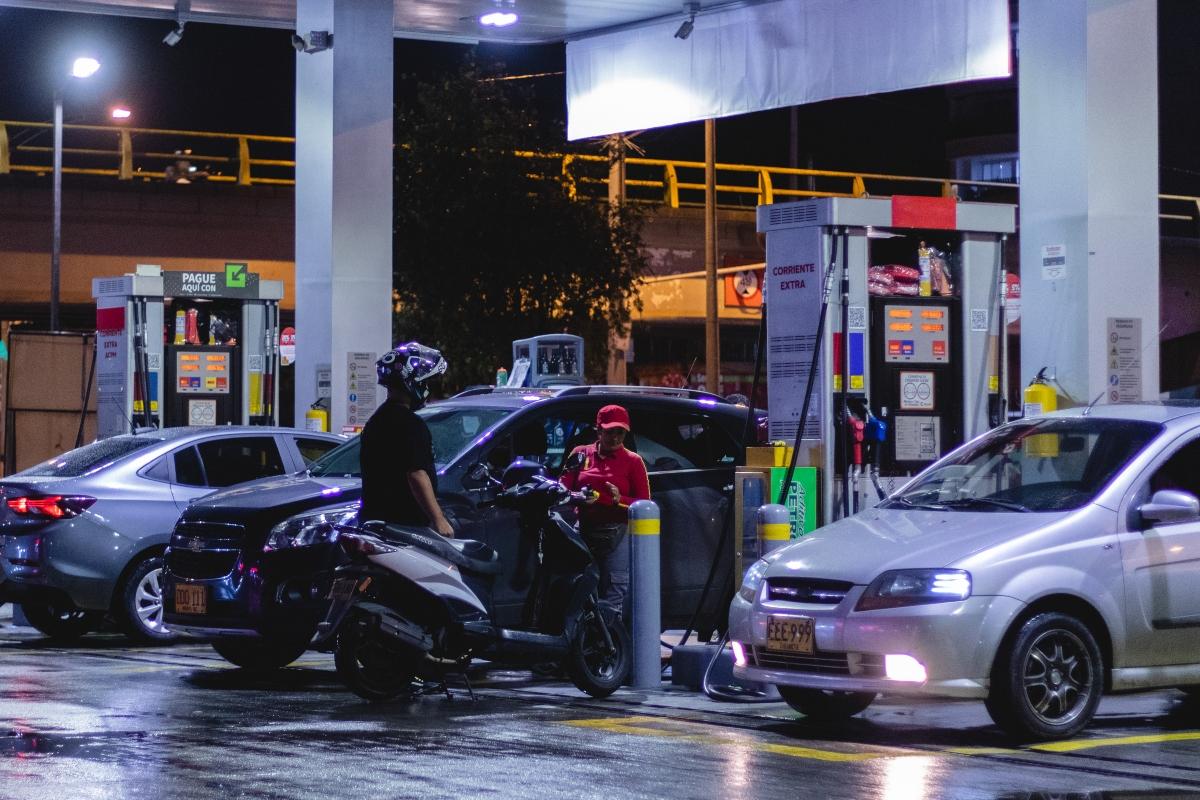 Between 20 and 30% of the fossil fuel, gasoline or diesel used by land vehicles in the country is converted into useful energy. This means that, if you put 10 gallons of gasoline in your car at an average price of 9,300 pesos per gallon, between 7 and 8 gallons, from 65,100 to 74,400 pesos, are lost in energy terms.

The data are from the Mining and Energy Planning Unit of the Ministry of Mines and Energy, and the percentage variation is high because it depends largely on vehicle technologies. For this reason, different research groups of the Faculty of Engineering of Universidad de Antioquia are studying this issue and looking for alternatives to make energy consumption in land transport more efficient.

John Ramiro Agudelo Santamaría stated that the Efficient Energy Management Research Group (GIMEL) has experimented with renewable diesel or green diesel, derived from vegetable oils or animal fats that "in a special manufacturing process with hydrogen yields a compound that is very attractive for diesel engines".

This professor of Mechanical Engineering has also led research with alcohols and methanol derivatives, with promising results on a laboratory scale. "It is a line of research toward the search for fuels with a low carbon footprint and high energy storage capacity", he said.

These processes include biofuels of easy national production or frequent use in land transport, "so we know what happens to these engines with the different alcohols or biofuels. This is something we have wide knowledge about", said Professor Agudelo.

In recent years, GIMEL joined with groups of biologists and physicians from UdeA and Pontificia Bolivariana University to research, through in vitro analysis, the biological activity of diesel engine emissions when operating with these biofuels to try to answer the question: "What happens when people are subjected to breathing the gases from these biofuels?”

As of May 2018, UdeA is leading the alliance for Energy Sustainability for Colombia (SENECA). Three projects on energy efficiency currently stand out within the framework of this initiative.

One of them is the testing of engines that operate with a diesel-gas mixture. "Colombian topography requires a transition to a high-power system. Current systems are high energy consumers and very inefficient. What is proposed in one of the projects of the alliance is to mix diesel or biodiesel with natural gas or hydrogen", said Franklin Jaramillo Isaza, scientific director of Seneca and researcher at the Center for Research, Innovation and Development of Materials (CIDEMAT).

Another project has to do with the simultaneous use of diesel and hydrated bioethanol for heavy load transport. "This is the largest energy consumer in land transport and the largest generator of polluting emissions. That is why we have thought of including hydrated bioethanol in these engines and, in this way, improve costs, contribute to energy efficiency and reduce pollution", explained Jaramillo.

The third project has to do with the making of more efficient batteries from new materials, including some derived from mining in Colombia, which can be lithium ions, other alternative metals and even hydrogen fuel cells.

"Hydrogen is already being worked on in Colombia, and there is a roadmap in the country that aims to make the heavy land transport sector the first where it will have an impact. The industrial, and light land sectors come next and, finally, in the medium and long term, the sea and air sectors", said Jaramillo.

Thinking about Other Aspects

By 2035, Europe will stop using conventional biodiesel for transportation, according to European Union guidelines, while Colombia's goal is to stop using this and other fossil fuels two decades later, according to the National Energy Plan.

Both GIMEL's projects and those of the Seneca alliance are financed with resources from the national government and private sector and, for the time being, the development of their research is guaranteed.

In this context, professors Agudelo and Jaramillo call attention to the need to be aware of the favorable consequences implied in the technological transformation to advance in energy efficiency and reduction of greenhouse gas (GHG) emissions and particulate matter.

"Now we are considering electromobility as an immediate solution, but an electric vehicle also wears tires and brakes, requires a battery that represents a great environmental and energy storage challenge, and requires some very strange and scarce metals distributed in a geographical way that can give rise to many problems", said Agudelo.

In addition, he added, "we receive considerable funding from the national government to help Colombian society in the search for alternatives. That is why we cannot look only at GHG emissions. In the Aburrá Valley, people go to the hospital because of the micro-particles in the air, which are generated, to a large extent, by the inefficient use of fuels".

Jaramillo highlighted three strategies to reduce the impact of fossil fuel consumption. The first is to improve driving habits. Another aspect is the technological changeover to more efficient combustion systems and an official and effective scrapping program, for which government resources are required. The final strategy is the change in fuels. "Colombia must quickly to methane gas (called natural gas) or combinations of cleaner fuels as a transition to more energy-efficient systems, but we must migrate responsibly to electric and hydrogen systems in the medium term", stressed emphasized Jaramillo.

Primary energy: the total amount of energy produced on the planet or in a country from the different sources available.

Energy efficiency: the effective amount of energy consumed in the different fields of human activity: industry, transport, housing, etc. It is estimated to be 43% of primary energy worldwide.

Fossil fuel: It is the one formed after the decomposition of organic matter in a natural process that takes millions of years. It represents about 80% of the planet's primary energy. The main forms are oil, coal and natural gas, which produce high GHG emissions in their combustion process.

Biofuels: These are of diverse origin and can come from crops, recycled oils and organic waste (biomass), among others. Biodiesel, bioethanol and biogas stand out. Their GHG emissions are low.

Renewable energies: They come from natural sources considered inexhaustible, such as wind or sunlight. Hydroelectric plants are also included in this category. They do not generate GHG emissions, but the operations for their installation do have significant environmental impacts.