Z7_89C21A40L06460A6P4572G3JQ2
> Home > Between Signatures and Strategies, the Question about the Current Role of Political Parties

Between Signatures and Strategies, the Question about the Current Role of Political Parties

Why are so many pre-candidates competing in the 2022 presidential race? Besides the quantity, there is the form. Many of them rely on the mechanism of signatures to validate their candidacy, which revives the question about the role of political parties in the current national reality. 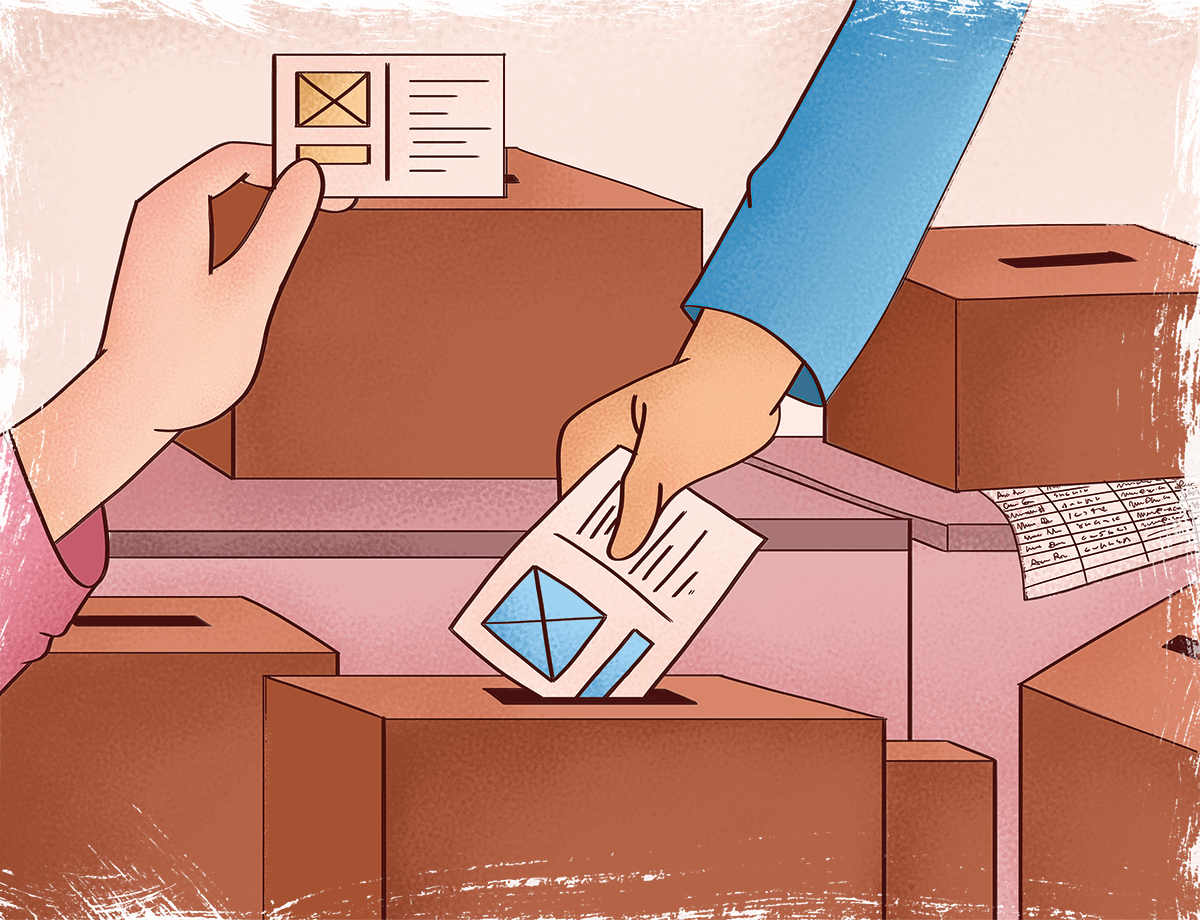 For Colombia’s presidential election, to be held on May 29, 2022, around 30 pre-candidates have registered so far. For the previous election, some media reported around 50. According to the electoral calendar published by the National Civil Registry, the pre-electoral stage lasts until December 13. This is when the registration of candidates expires, the campaign in public places begins, and the electoral roll is published.

The number of men and women that aspire to be elected as the next president at the polls is a result of the pre-candidacy stage. The dynamics of internal elections in the parties are currently developing, and some pre-candidates are seeking visibility, even if they do not have a good chance of being elected.

"It is understood as a mechanism to make oneself visible within the party or political organization and eventually represent it", explained Professor Juan Carlos Arenas Gómez, director of the Institute of Political Studies at Universidad de Antioquia.

He also pointed out that, unless it is a small and well-structured political party in terms of organizational hierarchy, the current groups have leaders in horizontal positions of power. In other words, there is no hierarchical structure that makes one candidate more visible than another, since some of them have held a parliamentary position, are currently holding it or have had some political role as a pre-candidate within the party in another election.

Although there is enough time for the pre-candidacies to be purged, and the parties advance their internal processes for the selection of candidates, the professor and political scientist pointed out that the particular aspect of this race is that there has been a "very long and very noisy pre-campaign or warm-up stage because of the number of spheres where these pre-candidates were moving, both within the parties and in the discussions about who doesn’t have support and intends to gain it through a coalition".

Apart from the elections within the parties, some candidates have launched themselves through the collection of signatures. According to Arenas Gómez, this has a twofold nature. On the one hand, it is used by those who do not have the institutional endorsement of a party, and this mechanism allows them to get support to reach the end of the race. On the other hand, there is a "less transparent" purpose. In this case, despite having the support of a coalition, the pre-candidate "takes advantage of this stage and the period that is opened for the collection of signatures —eight months— to begin to warm up their campaign, make contact with citizens and local political and clientelist networks. Without these, their aspiration would look more opaque".

The Role of Political Parties

In 2020, more than 77% of Colombians did not feel close to any political party, according to figures from Corporación Latinobarómetro, a Chilean non-profit NGO that annually publishes a public opinion survey in 18 Latin American countries on issues related to the development of democracy, the economy and society. Only 21.5% feel close to a political party, while 1.4% chose not to answer.

When asked which party they would vote for if there were elections this Sunday, out of 1,200 people, 9.7% answered “blank” or “null”, and 42.9% answered “none on the list”. The list included Partido de la U, Cambio Radical, Partido Conservador, Partido Liberal, Polo Democrático, Movimiento MIRA, Movimiento AICO, Alianza Social Independiente, Centro Democrático, Alianza Verde, Movimiento MAIS and Alas Equipo Colombia.

This also has to do with political parties weakening as institutions and, at the same time, a personalization of campaigns. "This means that, to reach power today, it is not so important to be backed by political parties but to have charisma and a good personality. That is why candidacies begin to revolve around people and not institutions", explained Pedro Piedrahita Bustamante, professor of Political Science at Universidad de Medellín.

Despite this personalization and the weakening of political parties as institutions, the electoral dynamics cannot be isolated from them. "Their role is secondary in media campaigns. In political marketing, they are not seen much because the candidates have to look fresh, as though they are far from the traditional political forms, but the parties will play a very important role when putting the political networks and machinery to work, which, in the end, is how votes are garnered", said Piedrahita Bustamante.

Signatures as a Strategy

Piedrahita Bustamante pointed out that signature movements have gained strength in electoral processes at a national level since 2017, although they had already done so at a sub-regional level. For the professor, those movements intend to dissociate themselves from "discredited" politics, frowned upon by citizens and for which Colombians feel "apathy and contempt" in general.

The number of candidates is a "mirage", according to Professor Fabio Humberto Giraldo Jiménez, researcher at Universidad de Antioquia’s Institute of Political Studies. He also pointed out that signature movements are an "electoral strategy to avoid the discredit of political parties, although without avoiding them because they return to them. Signatures are a hook to be able to recover the favor of these parties and their endorsements".

Giraldo Jiménez added that endorsement is crucial in the relationship between political movements recognized as legal entities and aspirants to popular election. According to the National Registrar's Office, these endorsements are granted by a legal representative of the political party or movement or by someone expressly delegated to do so.

This crisis is not new. However, in countries like Colombia, it occurs more dramatically. "They ended up working for themselves, their cadres, campaign financiers and specific interests, and abandoned the original idea, which was to work for the common good", he said.

Amid this institutional crisis, the upcoming elections imply a challenge not only for voters’ decision-making but also for political parties that seek to position themselves despite their lack of credibility and legitimacy. The challenge is also for the candidates, who maneuver between mechanisms of support from a significant number of citizens, the endorsement required to participate in the contest and the local political networks deemed necessary to secure votes.

The crisis of political parties and participatory democracy is not new. That is why there are control mechanisms in the Colombian Constitution such as the recall of mandate and open council. However, political parties do not die; on the contrary, there are more and more of them. The number of political parties that obtain recognition as legal entities as they promote new forms of leadership fluctuates. Their legitimacy and popular representativeness remain in doubt beyond their relationship with political and economic elites that represent particular interests and undermine their work as public intermediaries.